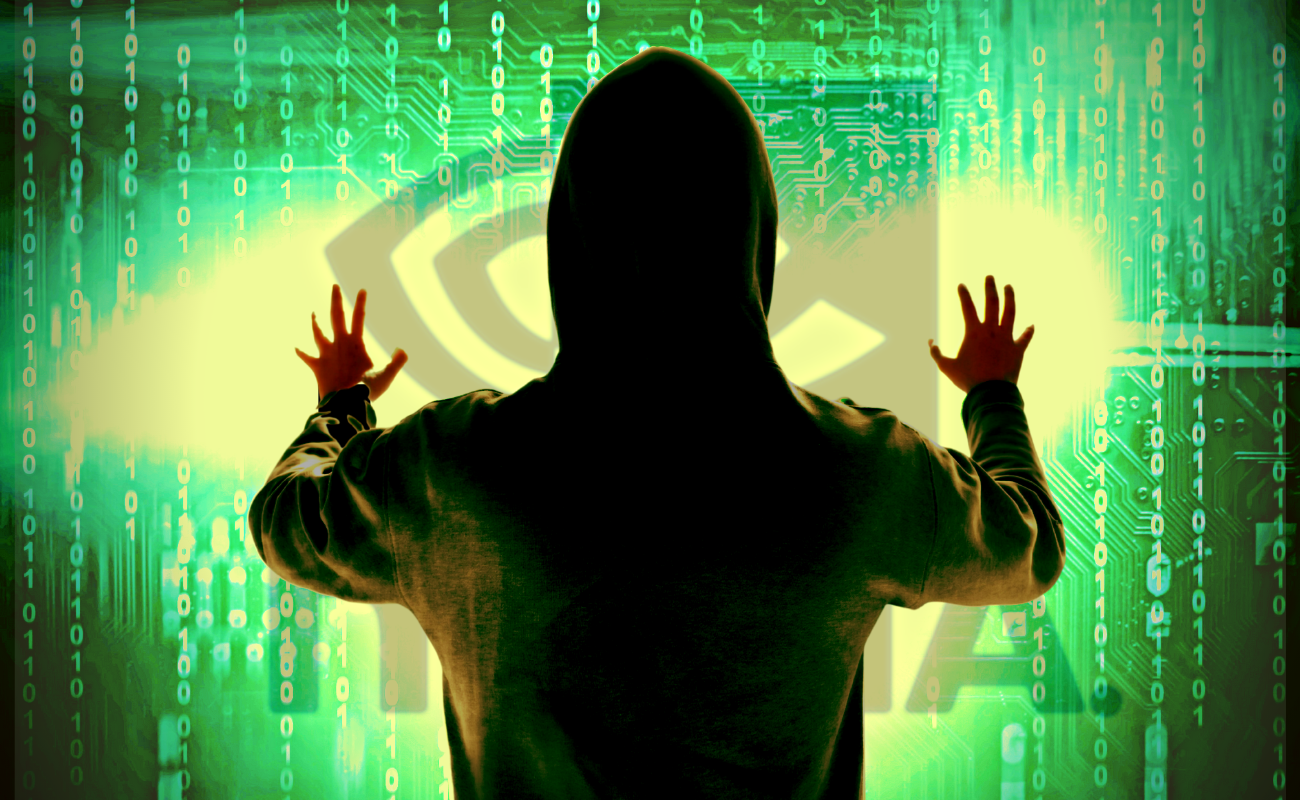 For the last five days, NVIDIA has been under attack by the South American hacking group "Lapsus$," which declares confidential details about NVIDIA's Light Hash Rate (LHR) cryptocurrency mining limiter the company's GeForce RTX 30 Series graphics cards. The group formerly stated it would provide access to the software and firmware data that fosters LHR. The group says that unless NVIDIA pays upwards of $1M, they will sell the software bypass tool to the highest bidder. This was initially reported by the online tech news site PC Magazine.

Hackers threaten NVIDIA with a $1M ransom to allow the tech giant to bypass the Light Hash Rate limiter for Ethereum and fully open-source all GPU drivers by the company.

NVIDIA LHR lessens mining abilities by as much as 50 percent. The new bypass by Lapsus$ would remove the limiter from Ethereum mining performance, allowing full use of the graphics card technology to boos Ethereum mining. Whereas this is great news for crypto mining users, the primary basis for initiating the LHR was to lessen the popularity of the company's GeForce RTX 30 graphics cards to the crypto mining community, allowing for more stockpiles to be sold for gamers and enthusiasts alike.

However, with GPU-based Ethereum mining still prevailing in the current marketplace, the company's GeForce RTX 30 reserves stay stagnant. Some select GeForce RTX 30 graphics cards continue to sell for double their initial MSRP on eBay and others. This practice is even with GPU prices dropping since earlier last year. There are plenty of tools to help increase the hash rate by slightly bypassing the LHR of the graphics cards for certain Ampere cards. The current ransom price of $1M for the LHR bypass tool seems minuscule at the moment.

So, in turn, NVIDIA would probably not activate some measure to appease the hacking group and pay the asking amount to unlock their cards' hash rate capability fully. NVIDIA has until this Friday to respond, or Lapsus$ will "release the complete silicon, graphics, and computer chipset files for all recent NVIDIA GPUs, including the RTX 3090 Ti and upcoming revisions." With this methodology, Lapsus$ has increased the demands from NVIDIA by forcing the company to offer their drivers for open-source ability on every platform available currently and into the future, similar to AMD's current practice of transparency with their graphics drivers.

The current Proof of Stake also affects the prestige of graphics cards for Ethereum mining, caused by the upcoming transition to Ethereum 2.0, nicknamed "The Merge," later this year. So miners would have a limited window to make back their $1 million outlay to Lapsus$ given the rough seas ahead for Ethereum mining.

Lapsus$ is continuing the group's threats to NVIDIA by claiming to release the source code for the NVIDIA Deep Learning Super Sampling (DLSS) technology found in their graphics technology. The group makes these continued claims from the speculated 1TB of data hacked from NVIDIA, covering undisclosed information covering upcoming Ada, Blackwell, and Hopper graphics card technologies.

Nvidia stated that the company is "aware of a cybersecurity incident which impacted IT resources, [and] we are aware that the threat actor took employee credentials and some NVIDIA proprietary information from our systems and has begun leaking it online. Our team is working on analyzing that information. We do not anticipate any disruption to our business or our ability to serve our customers as a result of the incident."

We have less than 48 hours to see what will happen to NVIDIA and the hacker group Lapsus$.