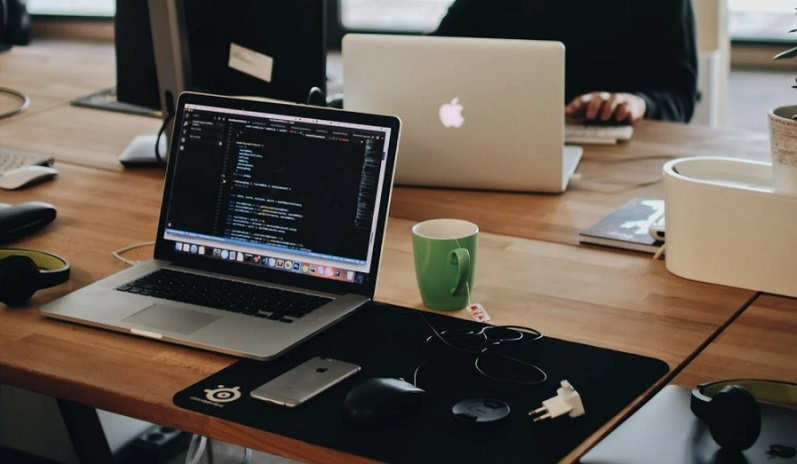 Many software engineers used to look down on JavaScript. But times have changed. Web applications are all the buzz right now, mainly due to the development of open-source tools. This progress has made almost every tech company want to use the latest JavaScript and tools like Eslint, Typescript, Babel, and Webpack.

Today, the front-end is moving at a speed that makes it hard to follow, which is great. But while this gives you more opportunities when building a website or a piece of software, it also makes it difficult to decide which front-end tools are the best to use. And knowing your tools well is a must.

In this post, we will share some of the best tools for front-end developers in 2022. Perhaps you will find something for yourself.

VS Code is one of the most popular tools for web dev in 2022. You’ve probably heard already about editors like Sublime, Atom and Eclipse but VS Code is something else.

This tool wants to be an open-source editing program built by Microsoft that runs anywhere and allows developers to do anything from creating Sass code to inputting Git commands.

It’s both incredibly powerful and lightweight. Initially, VS Code comes with simple features, but you can personalize it for your needs by downloading different extensions. There are a number of appearance options, including the option to customize icons, fonts, layout, and colour scheme.

If you’re looking for a tool good enough to edit your HTML and CSS in real-time or debug your JavaScript, all while viewing the entire performance analysis of the website, then you should seek no further.

Google’s built-in development tools let you do just that. Available and bundled in both Safari and Chrome, these tools will let you access the internals of your web application. On top of this, a timeline will give you a deeper understanding of what the browser is doing at any given time, while a palette of network tools can help improve your loading flows.

You will be receiving a new update from Google every six weeks, which means you should also be up to date with anything that happens on the Google Developers YouTube channel.

React happens to be one of the most popular web frameworks so far. Web frameworks like React, Ruby On Rails and Angular are software libraries meant to help devs build web services, resources, and APIs.

Choosing the best possible framework is important because sticking to just one is less difficult, time-consuming and cheaper than switching to a different solution. Built by another tech-savvy company like Facebook, React is made specifically for building effective user interfaces in a visual way.

React is very popular among early-stage web developers who need to work on multiple projects in teams, not to mention this framework promotes several good development practices like component-driven development and code reusability.

When you start building front-end applications on a daily basis, you will notice there are several key elements that you need to implement for every project.

UI frameworks are important tools in front-end development. They help solve problems by extracting the common elements into reusable modules – which means you can scaffold new elements with speed and ease.

Tools like MaterialUI provide developers with a set of React components for faster and easier web development. Each element can be customized, which can seriously reduce the amount of code (and time) needed to build your project. Do note that sometimes the component that you might need to create is not easily customizable with MaterialUI.

Most devs are trying to write CSS that can be easily maintained with the least amount of code to achieve the goal and needs. SASS is a must-development tool for code like CSS. It’s been around and actively backed by web creators for over 13 years, which pretty much characterized the genre of modern CSS preprocessors. SAAS lets you use nested rules, variables, mixins, functions, and more, all with a completely CSS-compatible syntax which helps maintain large stylesheets well-organized.

To screw up working on a new project feature it’s every software engineer’s worst nightmare. But not anymore. Set up your new Mac build and enter version control systems (VCS) – and more specifically, GitHub.

By rolling out your software with this service, you can view any changes you’ve made or go back to the initial phase and edit, all in real-time.

There are so many reasons why GitHub makes an absolutely dependable tool in every developer’s career. Being a massive repository hosting service, GitHub serves a rich open-source development community (facilitating communication between teams), as well as supporting key components such as task management, bug tracking, feature requests, and wikis for every project.

Most tech businesses will look for finely honed Git skills, so it’s a smart move to get involved in the community, code along and learn from the best with an extensive array of open-source projects to work on.

For example, editors like VS Code include GitHub commands that let’s write the code, review diffs, stage files and make commits right from the editor.

HTML is normally the foundation of any front-end developer’s toolbox. The only downside? It was not created to manage dynamic views. But that’s where we need AngularJS. Similar to React, AngularJS was developed by Google with the intent of extending your app’s HTML syntax, resulting in more logical, expressive, and quick to develop an ecosystem that could otherwise not have been built with just HTML.

The only downside is that this type of data binding makes for complicated, non-separated code, but it’s still a valuable skill to have in your front-end arsenal.

If the idea of learning some of these front-end tools and setting on a seven-month journey to become a web developer appeals to you, we suggest you enroll in a front-end development class.